A global conservation movement has begun, to protect the world’s wild places before they vanish and WildArk is joining that movement.

Founded by Mark Hutchinson, (aka “Hutch”) and his wife Sophie Hutchinson, WildArk continues to go strength to strength.

After announcing their first conservancy in South Africa last year, WildArk is now embarking on their next project in the biodiversity rich location of Papua New Guinea.

Having grown up in Sydney, Australia, Mark is a passionate advocate for the wilderness. He has always been focused on inspiring and educating people about the wild through his many entrepreneurial ventures. His lifelong desire is to ensure that he leaves the world in a better natural state for his kids and future generations that follow.

We caught up with Mark to have a chat about WildArk and all the amazing work they are doing. 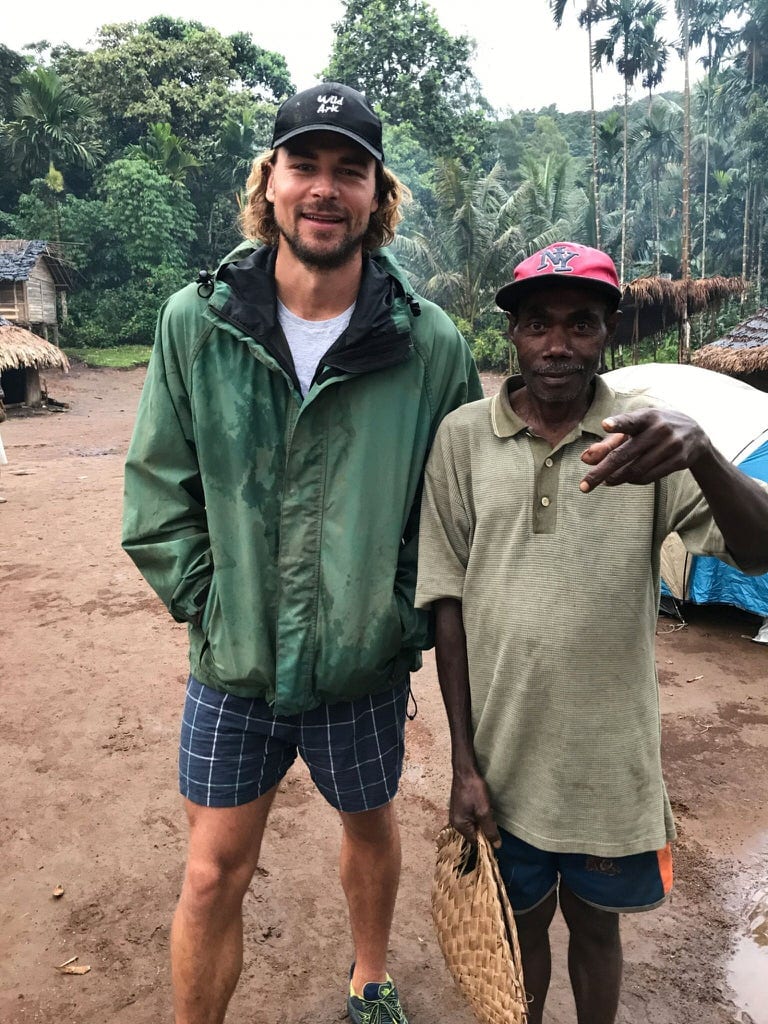 How and why was the idea for WildArk born?

WA was born out of a lifetime of experience in adventure and ecotourism travel, and seeing first-hand the incredible people all over the world dedicating themselves to saving the wild. What we saw though was that many of these people and small organisation had no voice, no way to promote their projects and no opportunities to receive investment or donation. So WildArk’s initial mission was to help tell the positive stories of conservation and try to link resources to help, coupled with our own projects and scientific research to create our own impact.

Pridelands was a big first step. Why was South Africa appealing for the first project?

I had been travelling to Sth Africa since 1999, worked and had many friends there, I also read every Wilbur Smith novel as a teenager so the pull to Africa was intense. Sophie as well has family history in Sth Africa and Zimbabwe, so it was a natural first project for us. With the poaching wars that are escalating there, we really wanted to sink our initial efforts into a project that had well defined outcomes.

PNG for the next project, once again, what made you decide to take WildArk into PNG?

Similar genesis to Sth Africa, we had been travelling to PNG for many years with our old ecotourism business, Untamed, and our good friend Riccard Reimann from New Britain Island contacted us to see what we could do. Riccard had been visited by elders from the Tuke village who had told him of the logging activity threatening their Rainforest. When a good friend asks for your help you do what you can and having seen this area over many years being gradually and now dramatically exploited, we had to act.

What do you hope to achieve in the Tuke community? And what is the proposed time frame for this?

The Tuke project is a perfect project for WildArk, as it is Community lead and Community owned. We do not take ownership of the land, just lease it and help with education and medical assistance to ensure the Rainforest remains intact and the Community can maintain their way of life. The time frame is split into several stages, initially a 1-year scoping project to benchmark the biodiversity of the area, educate all school age children, explore the feasibility of an ecotourism venture and provide medical assistance. We’ve then entered into a 10-year arrangement to guarantee the protection of the Rainforest, with the longer-term view of increasing this to a 99-year arrangement and investigating expanding the conservation area to surrounding Communities.

Your ambassadors, Mick, Dave and Emma and David are all big names. How did you snag them?

We are so lucky to have these legends on board. We’ve met them in different settings, under different circumstances, but essentially there was a meeting of the minds and stages of their careers that matched our collective goals. The best partnerships are ones that happen quickly and organically, which is what occurred with our ambassadors. We couldn’t achieve our mission without them.

PNG is known for it’s surfing, how do you plan on using Mick to further promote awareness? Is there a surfing trip on the cards?

Absolutely! Most of us in the WildArk team and tragic surf fans, myself holding the record for the most hours put in the water to yield the most hopeless result – I still nosedive in 2-foot waves. So PNG and Mick Fanning are two things we want to put together. I’ve spoken to Mick about this and we’re planning on putting something together hopefully later in 2018 or early 2019. PNG has incredible waves on offer that are essentially empty, so Mick is intrigued by the prospect of scoring some uncrowded waves, hiking into Tuke and building awareness for PNG conservation.

How can people get involved with WildArk?

We’re about to launch a new site for our .org that will enable people to donate, tell stories, volunteer and learn about projects around the world and how they can get involved. We just want to spread the message that there are solutions to the worlds most pressing conservation issues and people dedicated to seeing our wild places protected. A mobile phone conservationist is just as important and effective as a field ranger in the African bush!

What is your ultimate goal and dreams for the future for WildArk? Next destination/project?

We have really set our internal goals in the extreme. Our mission is to protect as much space for the wild as we can and build a brand people can believe in by telling positive stories of conservation and providing tangible actions people can do to be part of the greater global movement. In reality we are just tackling one project at a time and trying to be as impactful as possible. With Pridelands under our belt and Tuke Conservancy now underway, we are in the final stages of finalising our 3rd and 4th projects. We have opportunities in Alaska, Zambia, Kenya, Borneo, India and Australia, so hopefully we can announce our next destination soon!

Is there anywhere in the world you have yet to explore and why?

Greenland. It’s to me the epicentre of what is happening from a climate perspective and also has some history from our last business that we named AVANA, after a large tract of untouched wilderness in Eastern Greenland. Other than that we are all adventurers at heart so I can name 100 places I would like to visit and there are so many places in peril from a species/habitat destruction perspective – there is never enough time!

For more about WildArk and all they are doing visit www.wildark.com