About a thousand years ago settlers who otherwise would have been Venezuelan ended up taking a small canoe just a short trip offshore to a tiny island which would come to be known as “Bonaire.”

This island, like its neighbours, make up the long chain of land masses between North and South America which most people know as the Caribbean.

It’s a unique island, one that, without another logical home, is only able to be itself. While its closest neighbour is Venezuela, and it uses the United States Dollar as its official currency, it is actually Dutch. 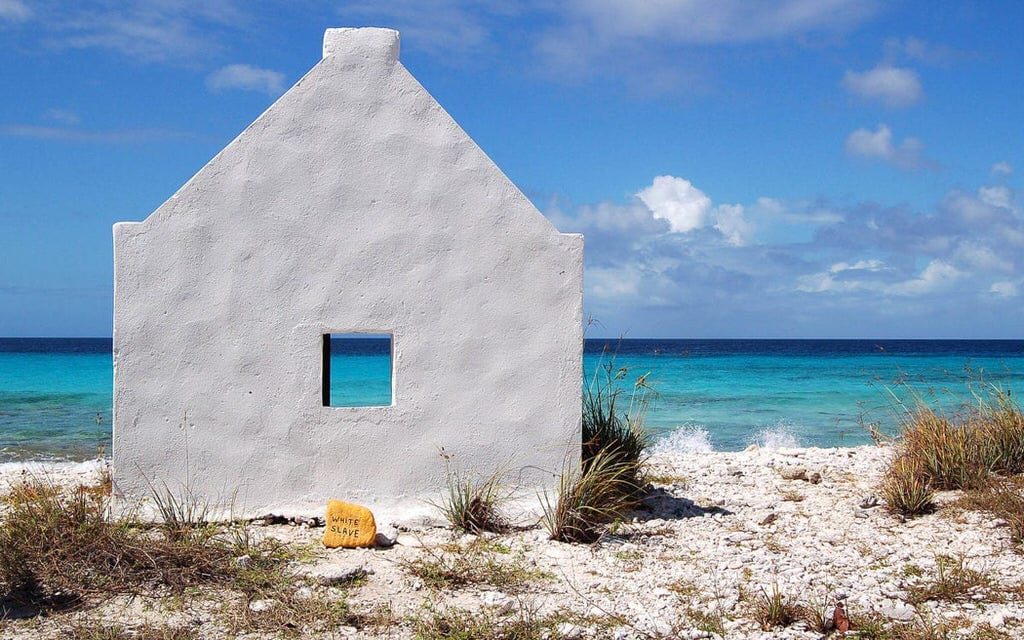 That said, English speakers will have no problems there as the language is widely used due to their tourism industry, one which is strongly founded in diving.

With a steady average temperature at 27 degrees Celsius, or 81 Fahrenheit, it’s no wonder that the pier to enter the island says “welcome to paradise.”

In addition to packing our own Planet Deepblu with dive logs, the island draws people all over the world in search of the perfect dive. Even the rainy season, from October through January, is fairly dry, and as noted, it never gets too hot or too cold, making it a rare location where amazing conditions can be found year-round. In addition, when the rains are in, they typically come late at night or early in the morning, freeing up the afternoons for pleasure.

Eighty percent of Bonaire’s annual tourists come to the island to dive. Its reefs, their variety of wildlife, and their accessibility make it a great place for divers of all ages and skill levels to have a great trip while putting in little effort and leaving time for a leisurely descent into an underwater museum of color and movement which has been called the best in the Caribbean by many.

While a few sites around the island are only accessible via boat, many dives around Bonaire are simple shore dives, allowing your guide to take you right into the action and head promptly back to the comfort of your room after a long day. For those not looking to get too deep, snorkelling gear is available at shops near almost every spot and guides with rental equipment are around as well. Here are a few places to check out. 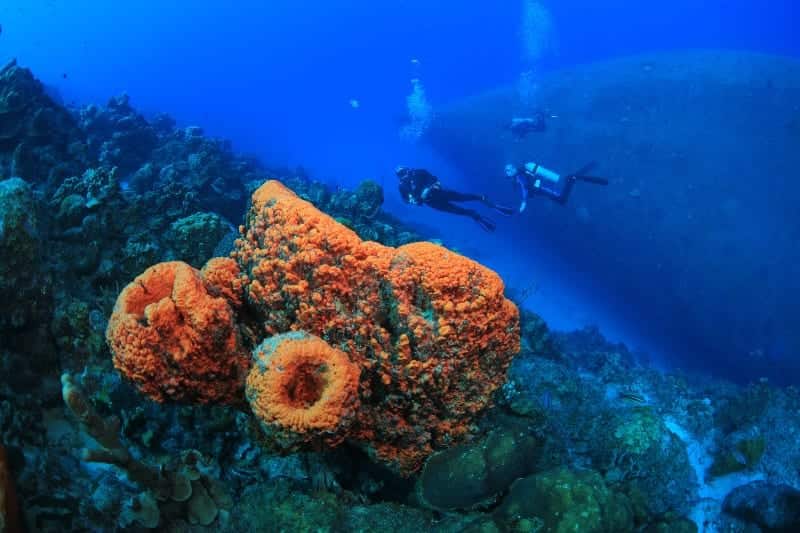 Are you into a good story? If so, this dive is for you. Back in the 1980’s anti-drug agents were hot on the tail of the Hilma Hooker. This is never good news for a vessel hauling drugs, and, like most of these vessels, it’s now a dive site. After being plugged full of holes it slowly sank, completely intact, with all evidence aboard. Lucky for us, they were looking for a getaway shore, which means that divers only need to take a short swim out to reach the vessel.

A short trip east of the no-dive zone, this easy-to-access dive has its own concrete platform. Once you get your gear situated on the comfort of a flat surface, dive down to see an array of moray eels, sea fans, corals, a small species of fish with the occasional stingray sighting. The site also includes a canyon with many features to explore. A lack of sand in this area makes for high visibility in an all-around calm water dive.

A dive that lives up to its name, Alice in Wonderland has two reefs which can be explored in one dive. The depths range from 10-30 meters and offer some unique and colorful views for the adventurous diver. The dual-reef area is home to emperor fish, barracudas, parrot fish, snappers, and several other species. To find this spot, look for the salt mines at the south end of Bonaire.

In the waters off of 1,000 Steps Beach, which, don’t worry, there aren’t actually 1,000 steps, divers can find an underwater playground of sponges, hard and soft corals, and fish. This area is recommended for advanced divers, as there aren’t shops in the area and you’re going to need your own gear. That said, guides in town will offer tours out to the beaches and before and after the dive you can enjoy great views from the top of the (under) 1,000 steps.

This is quite the wild ride. Once getting through a long stretch of cacti, immerse yourself in a dive full of artifacts. Hidden under the surface are relics to a more turbulent time in Bonaire, and divers can find anchors, cannons, and other things from ships that met an ill fate in the region. These also attract a diverse array of local wildlife as well as colorful plants which dot the region. By all accounts, you’re going to have a good time.