It’s a cold morning in Madikwe Game Reserve, South Africa, and despite the fact I couldn’t feel my fingers and toes in the chill, the adrenalin was pumping through my veins.

It wasn’t my first time in Africa, nor on a game safari. I have been lucky enough to spend many hours in the bush, tracking wildlife and admiring it from the safety of a vehicle. This time was different though.

I had been briefed about the mission – to go track rhino and take part in the conservation efforts of the Anti Poaching Unit (APU) in South Africa. The members risk their lives every day in the efforts to protect the most vulnerable of wildlife. In this instance, the rhinoceros. 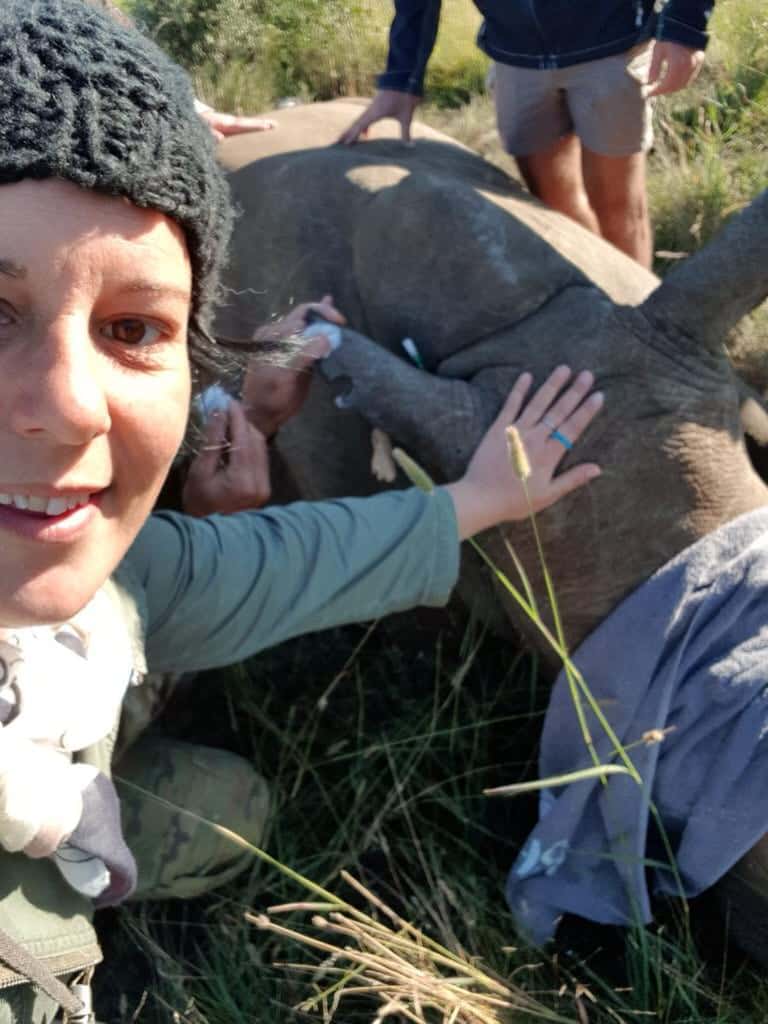 Rhinos are in grave danger of poaching. Every year their numbers are dropping as they are illegally hunted in reserves across Africa. One of the ways the APU are fighting the war on poaching is to create a precise biological record of each rhino, which maximises the chances of a successful prosecution of smugglers and poachers, and thereby acts as a deterrent.

I was told there had recently been a prosecution in a nearby reserve in which a poacher had received a 29-year prison sentence, his fate sealed by the irrefutable biological evidence trail back to a specific rhino.

As I sit in the back of the vehicle heading out into the bush, I go over the requirements in my mind. My phone and camera had already been disarmed from recording any GPS locations. Due to the sensitivity of the APU members and for their security, no photos are to show their faces or give up their identity. 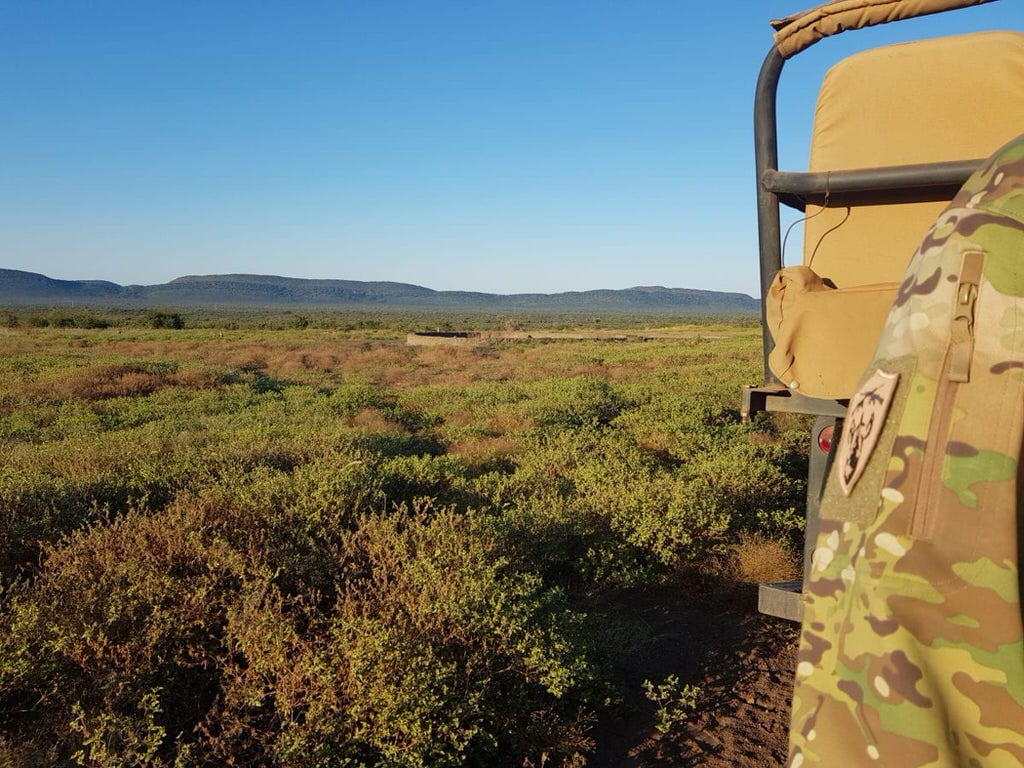 I arrived at the drop off site and met with the APU members and the vet who would be responsible for the safety of the rhino. There was a helicopter on site, which was up in the air within moments, off to locate an untagged rhino and dart it with a tranquilliser. With the vet and the team, we took off through the bush to the sedated animal.

After a number of the APU team calmed the rhino and the sedatives kicked in, it was time to approach the animal and begin work.

All hands were on deck trying to complete tasks before the sedatives wore off. Samples of horn and blood were taken. Its ears were ‘notched’ to create a form of identification and most importantly, a microchip was inserted into the horn by drilling into it. 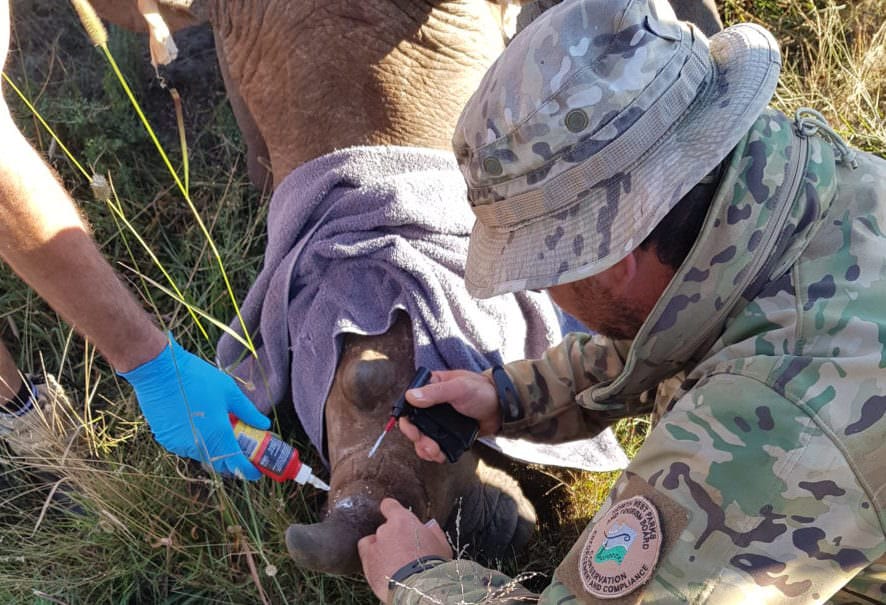 Once the procedure was over, the vet injected the rhino with an agent to reverse the sedation and it awoke almost instantly, lumbering off through the bush. To see that rhino return safely to the bush, knowing that it’s chance of survival had been increased and the overall survival of the species increased, was one of the most rewarding experiences I have had in Africa.

In Madikwe, this initiative is funded largely by visitors to the reserve’s various lodges, who make donations which are dedicated entirely to that purpose.

If you want to get involved with the conservation of rhinos in Madikwe, please contact us at hello@wherewildthingsroam.com to find out how.

We also have a special group departure heading to South Africa in 2019. Email us to register your interest.