Aruba, for those in North America, is quite possibly the most famous member of the Kingdom of the Netherlands yet, at the same time, not many people view it this way.

For most, it’s a calm, tropical getaway within arm’s reach of vacationers from Maine in the United states all the way to the furthest reaches of South America.

Sitting just fifteen miles off of the coast of Venezuela, Aruba was made popular in the common consciousness of North Americans by the romanticism surrounding surf culture in America in the mid-twentieth century. From there, tourism boomed. With the growing popularity of diving, more people were drawn from the States, and eventually the world, to the calm, clear waters of the tropical crown of a kingdom.

Upon arrival in Aruba, you’ll find that most people are ready to lend you a hand. Unlike some destinations, you’re not a walking wallet, people are genuinely interested in meeting and greeting, even in situations where a transaction isn’t involved. That said, there are plenty of tourist shops ready to sell you souvenirs, guides, maps, and itineraries. Beyond that, there’s plenty to do in order to get away, some of which only accessible by foot or small vehicle. There are opportunities for boating, snorkeling, hiking, diving, and in general playing that will get you away from it all. As far as diving goes, those who frequent Aruba have some of their favorites. 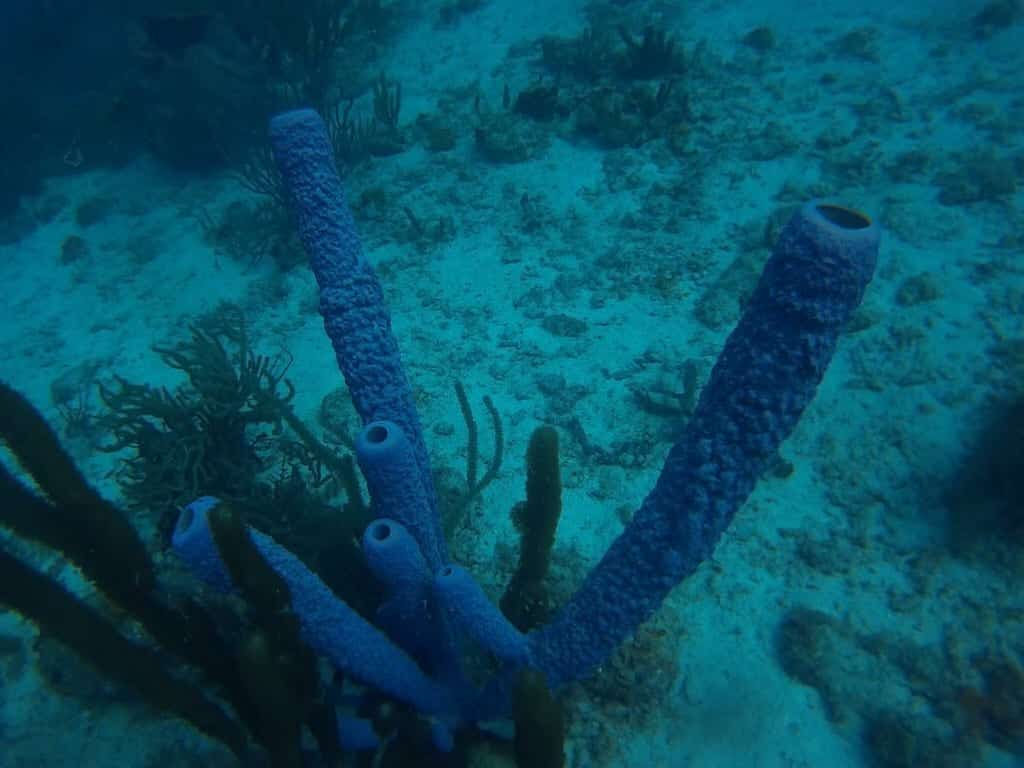 The corals close to home. Photo provided by Deepblu

To start off, the capital, where most people land, has enough to occupy a whole week with its sights and sounds. It also happens to be home to several dive operators with easy access to wrecks, walls, reefs, shore dives, and night dives that would excite just about anybody. Entering either from boat or from the soft sands just on the edge of the city, divers take to the seas sometimes within view of their accommodation and, even then, feel that they’ve left it all behind. Also a great place to go for beginners, Oranjestad has been a place where many people have become hooked on the sport. 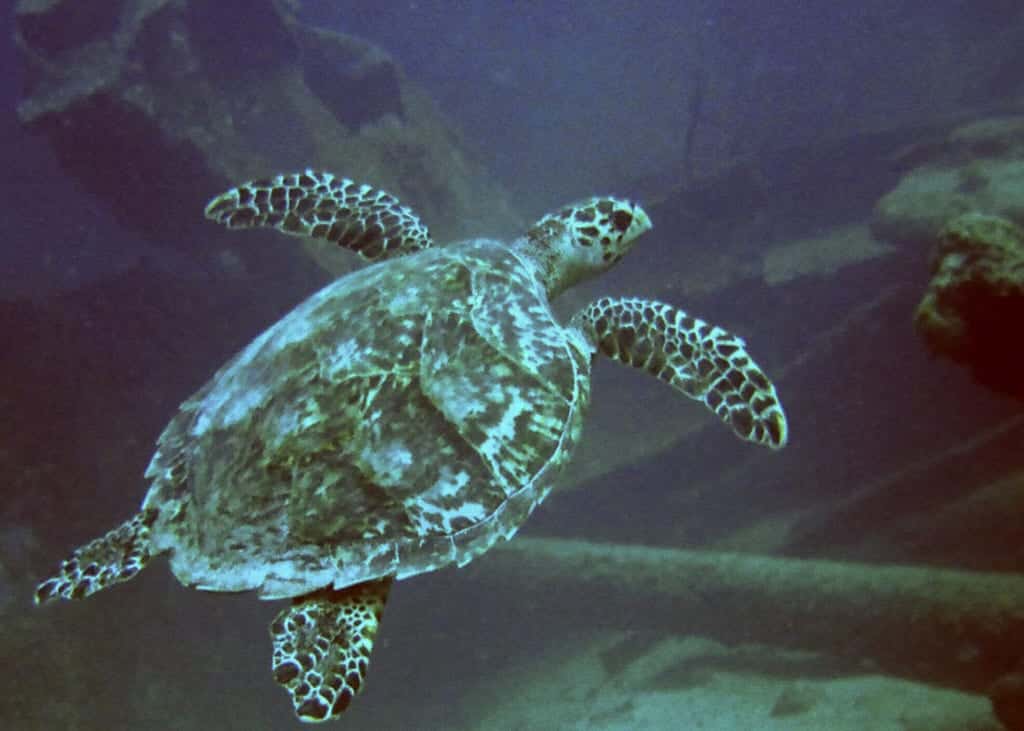 A hawksbill turtle swims by The Antilla. Photo provided by Deepblu

If you’re out to see thousands of fish while experiencing on of the most haunting, thrilling, massive wrecks you’ve ever seen, then The Antilla is for you. Located north of Noord, which is actually Dutch for North, the wreck is not only one of the most famous in the Caribbean, but one of the most talked about in the diving community, possibly due to its accessibility. While it only ever spent a year above the sea, it’s more well known for only being 18 meters under it, making it a great place for anyone to dive.

Arashi Reef – Excitement Above and Below 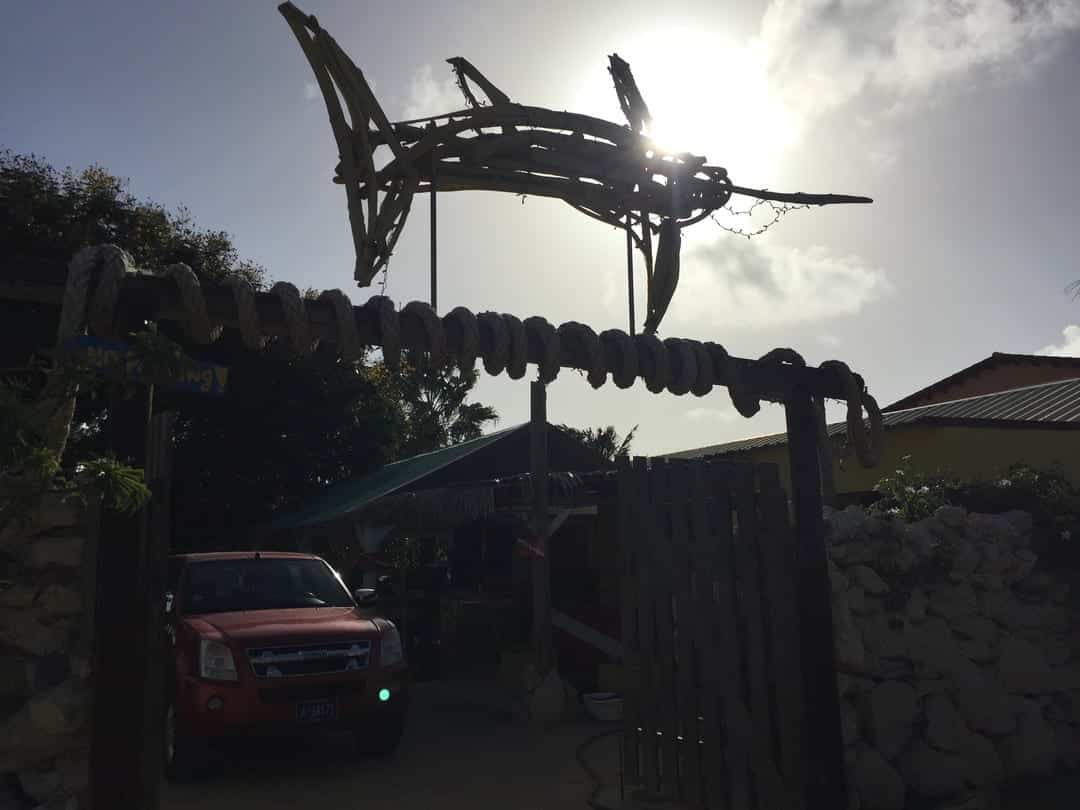 Beachside living is easy at Arashi. Photo provided by Deepblu

Arashi Reef is filled with corals and fish, but make sure to start out by the rocks, otherwise it’s a hike, or swim rather, to get out to the action. A quick shore dive from Arashi Beach, this location is popular for day trips and sleepovers alike. Its ease of access and availability of accommodation also make it a good place to spend a romantic night or make calm conversation with new friends. Different species flock here in abundance. Jacks, snappers, sweepers, and grunts come out to dance daily among the corals in this spot, make sure to join them.

While exploring all of these dive spots, make sure to take in the local culture. The island has a great local flavor which has also been met with Spanish and Dutch influences over the centuries. You really can’t go wrong sampling the flavors of a country that touts baked cheese as one of its signature dishes.

While cruising the local roads, skip past the Hooters, Tony Roma’s, and Subway to get down with an ostrich burger at a local watering hole. For those who are more adventurous, try the iguana soups. Dutch beers are also available, and local beers, designed for the climate, will hit the spot after a long, warm day in the sun. At night, clubs and bars pop to life, and Aruba is far safer than your average American or European city as long as you stick to the party district.

All-in-all, just enjoy yourself and let the island do the work for you.

Want to explore more about Aruba, find out more at Planet Deepblu. 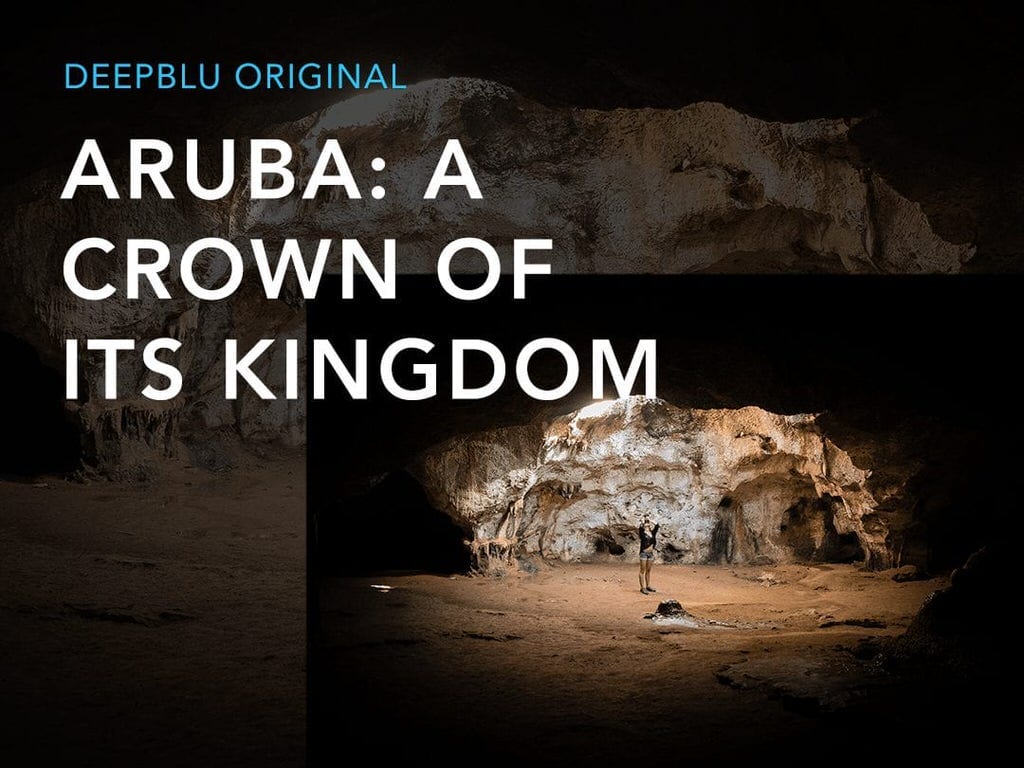