A perceived lack of quality places to stay in regional areas has inspired a new style of accommodation designed to bring guests closer to nature without skimping on the creature comforts of a five-star hotel.

The pre-fabricated luxury pod is part of The Vineyard Retreat at Blewitt Springs, which already boasts four one and two-bedroom guesthouses.

Unlike many pre-fab buildings, the Escapod includes comforts associated with a luxury hotel or resort such as under-floor heating, integrated appliances, reverse cycle heating and cooling, automated blinds, custom joinery and uninterrupted views. 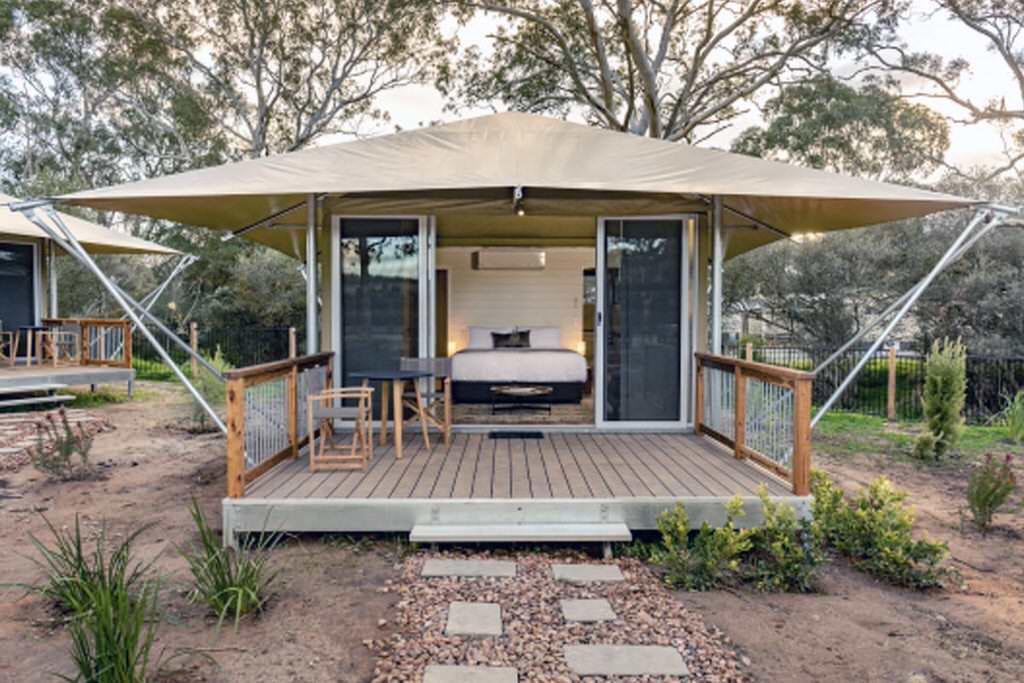 At a little over 70sq m, the pod is about twice the size of the average five-star hotel room and includes a dining and lounge area with open fire, fully functioning kitchen, king size bed, separate bathroom and storage room.

It is also capable of going off-grid with a solar power battery, rainwater tanks and a wastewater treatment system.

The prototype was built at Gepps Cross but founder and CEO Ryan Brown said future units would be constructed in a “controlled facility” possibly at Tonsley or somewhere further south of Adelaide.

Development approval has been granted for a second Escapod among the vineyards at the McLaren Vale site but its timing is yet to be finalised.

Brown said the prototype pod would be available from September and would be used to generate interest among other regional tourism operators.

He said Escapod aimed to create an immersive nature experience that could not be achieved at a country hotel or typical bed and breakfast.

“We’re really focusing on regional tourism locations and that could be anything from the Flinders Ranges to the Outback, farm stay or coastal – basically anywhere there is a demand for high-end regional accommodation,” Brown said.

“Our intent is to partner with people who already have a winery or another premium offering and part of their master plan is to have accommodation.

“In the first year we’d like to get about 20 buildings up and going and we think we can achieve that with a handful of projects – ideally we’d like to have four to six buildings in a project depending on the property.”

An Escapod takes about eight weeks to build and a further two weeks to prepare the site and install after being transported to the location on a B-double truck.

He said the semi-permanent nature of the buildings also made them appealing for leasing arrangements or for clients who may want to move them in the future.

“Even if it’s a landholder and they want to activate underutilized land – they might have no interest in operating it – we’ll manage the process and partner with a third-party operator who can come in and run a successful business,” Brown said.

“The lease option enables partnering up with third party investors, which is a bit of a game-changer for our business.” 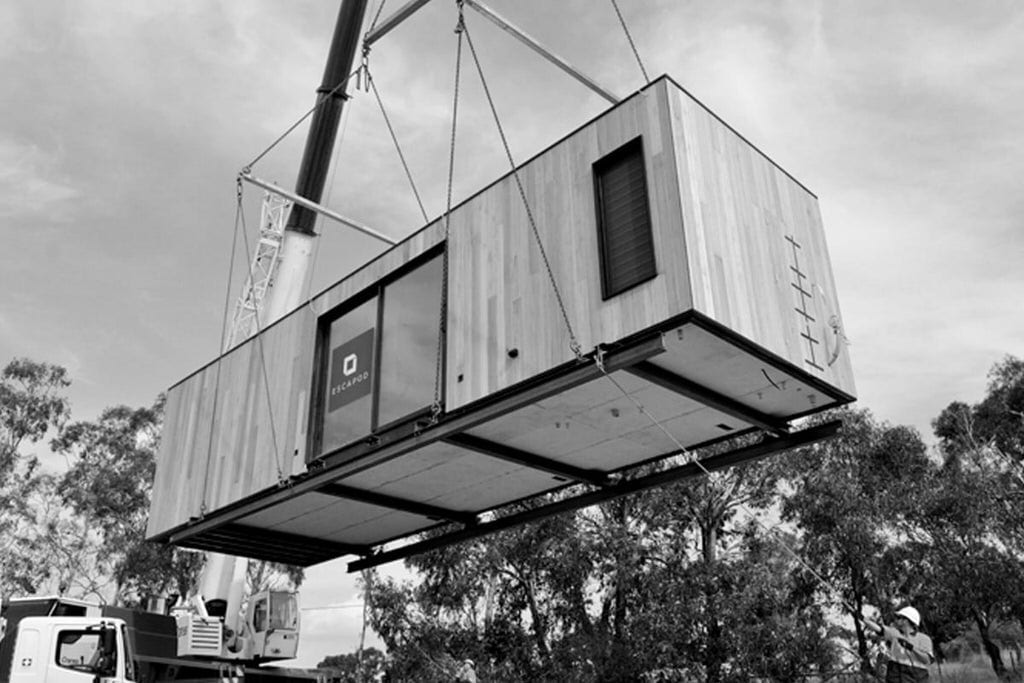 South Australia is the initial target for the Escapods.

“We are trying to build a good working relationship with the SA Tourism Commission and in doing so hopefully they will support us,” Brown said.

“In saying that we will consider national projects. Anywhere there is a demand for this type of accommodation – and already we have got some interest – but really as of tomorrow we’ll be launching ourselves as open for business and go from there.”

In the year to March 2018 tourist visitation to South Australia grew by 5 per cent to 6.9 million people generating a visitor economy estimated at a record $6.7 billion. This was led by international expenditure growth of 10 per cent.

To meet this demand, South Australia based caravan park operator Discovery Parks opened luxury glamping tents (above) at its Barossa property last week. There has also been a spate of hotel developments in Adelaide to cater for the rising demand.

South Australian Tourism Minister David Ridgway said Escapod was a fresh approach and the first of its kind in the state.

“Increasingly, our visitors want to explore and immerse themselves in nature and Escapod is an innovative concept that has the potential to address some of the regional accommodation gaps and a product that I’m sure will be enjoyed by many guests in years to come,” he said.