On 22 January 2019, Geoff Law (a key member of the “No Dams’ campaign that saved the river from near extinction), will lead a special 40th anniversary World Heritage Franklin River Rafting adventure for Tasmanian Expeditions.

It is a unique opportunity to experience the unique World Heritage protected river and the surrounding wilderness with someone who is a major part of this river’s history. 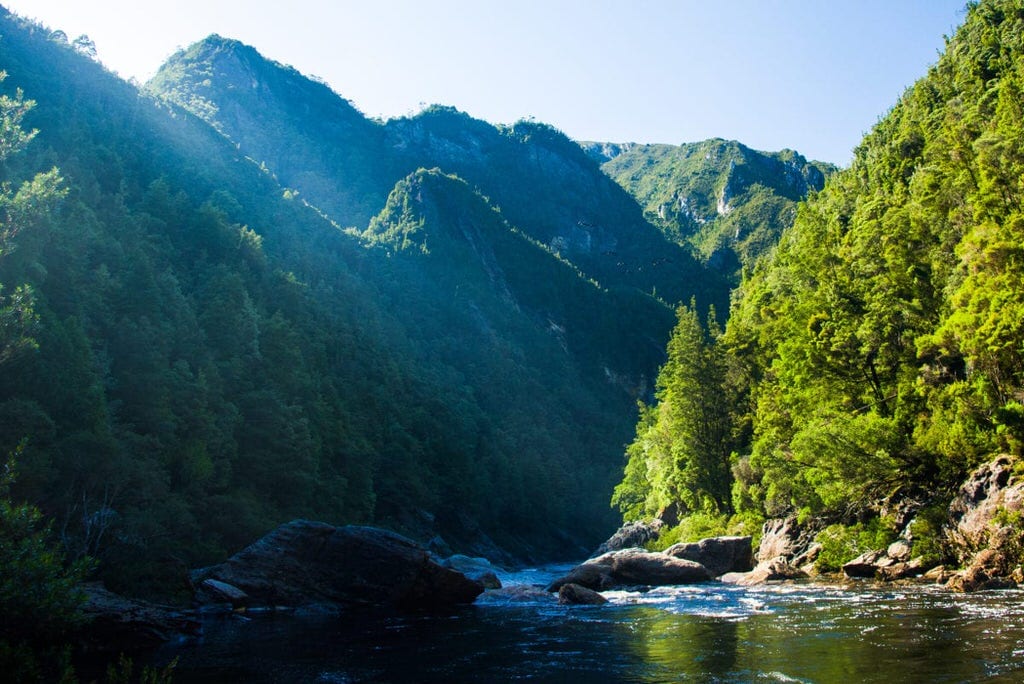 Tasmanian Expeditions and its parent company World Expeditions Travel Group are this year celebrating the 40th anniversary of the first commercial rafting expedition down the Franklin River way back in November 1978.

According to World Expeditions CEO, Sue Badyari, the inaugural commercial expedition down the Franklin River in November 1978, whilst risky, ultimately helped make it accessible to other travellers. 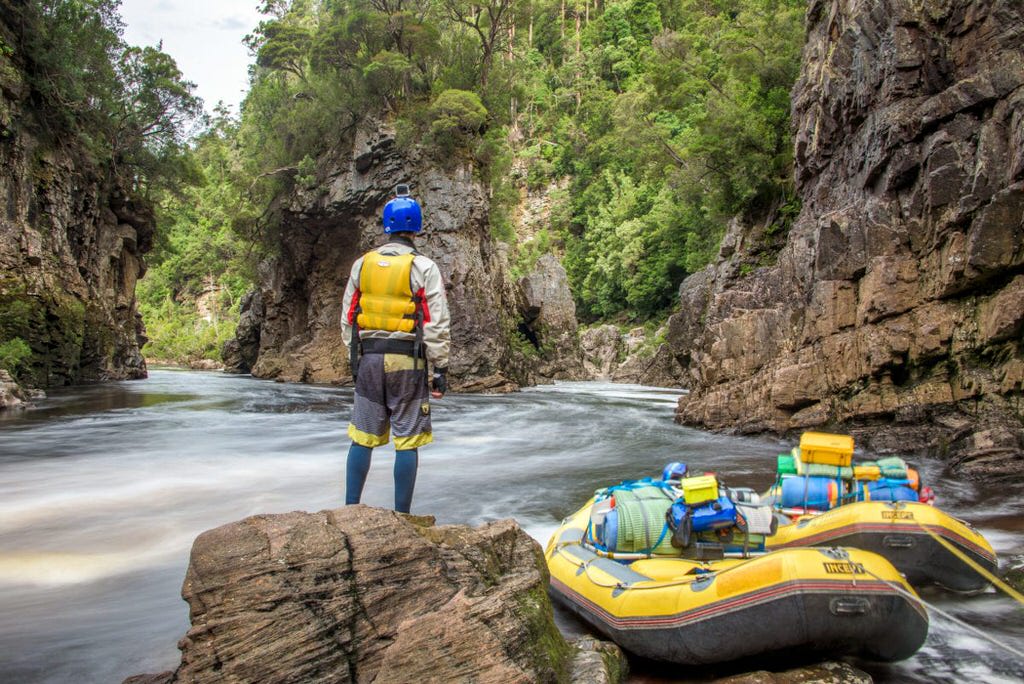 “Amongst the group of five making the first commercial descent of the Franklin for World Expeditions was mountaineer Lincoln Hall (who was later part of the first Australian team to climb Mount Everest in 1984) and Garry Weare, a Lonely Planet author and World Expeditions Himalayan expert.

“Since that first commercial expedition in 1978, World Expeditions has had the privilege of taking thousands of people rafting down the famed Franklin River.

“Today we operate Franklin River rafting itineraries through our specialist Tasmanian Expeditions brand and that trip is now considered ‘one of the world’s best river journeys’.

“While the wilderness has remained unchanged in the past 40 years (a source of pride for our Tasmanian Expeditions team who strictly adhere to ‘leave no trace’ principles) and Dunlop Volleys are still the preferred choice of footwear on the expedition, the rafts have revolutionised with the times, the food is more varied, the camping equipment more comfortable and the guides are very experienced.” 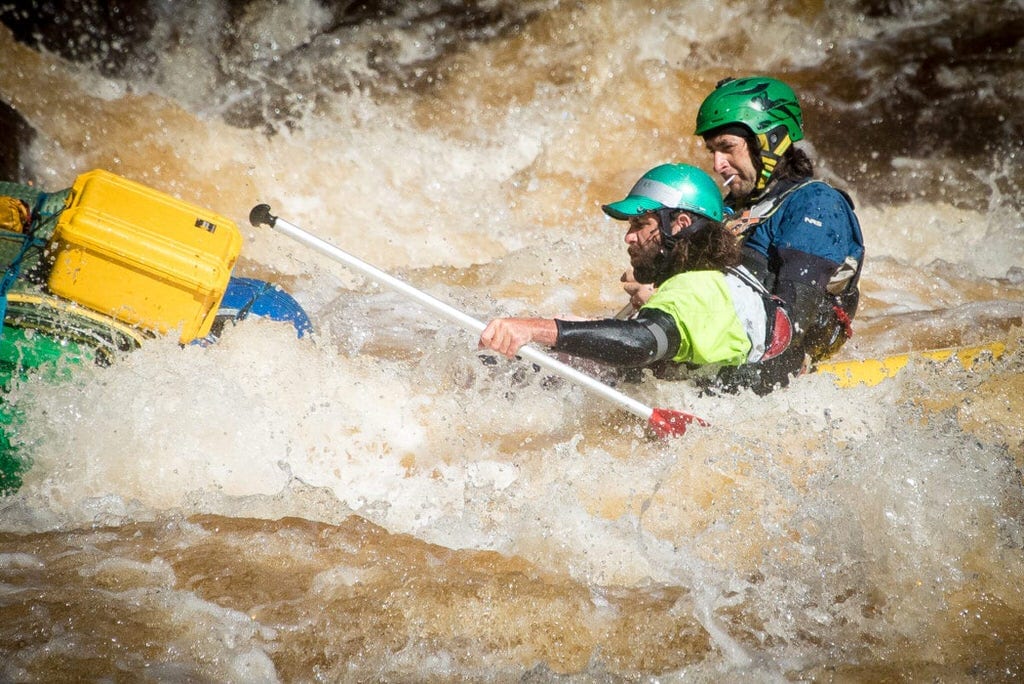 However, as Sue recalls, the first commercial descent of the Franklin River almost didn’t happen.

“During the late 70’s, the largest hydro-electric dam of its type in the southern hemisphere was proposed for the Franklin River, which at 100-metres high would have destroyed the pristine wilderness and flooded 25 kilometres of the river’s length,” she said.

“Historically, the campaign to ‘Save the Franklin’ was the most momentous environmental campaign in Australian history; it helped elect Bob Hawke as Prime Minister, led to the formation of The Greens and resulted in a landmark High Court Ruling.

“Thanks to the efforts of conservationists like Geoff Law, whose passion for the Franklin wilderness led to him becoming the official spokesperson for the historic Franklin Blockade of summer 1982-83, the dam never went ahead.” 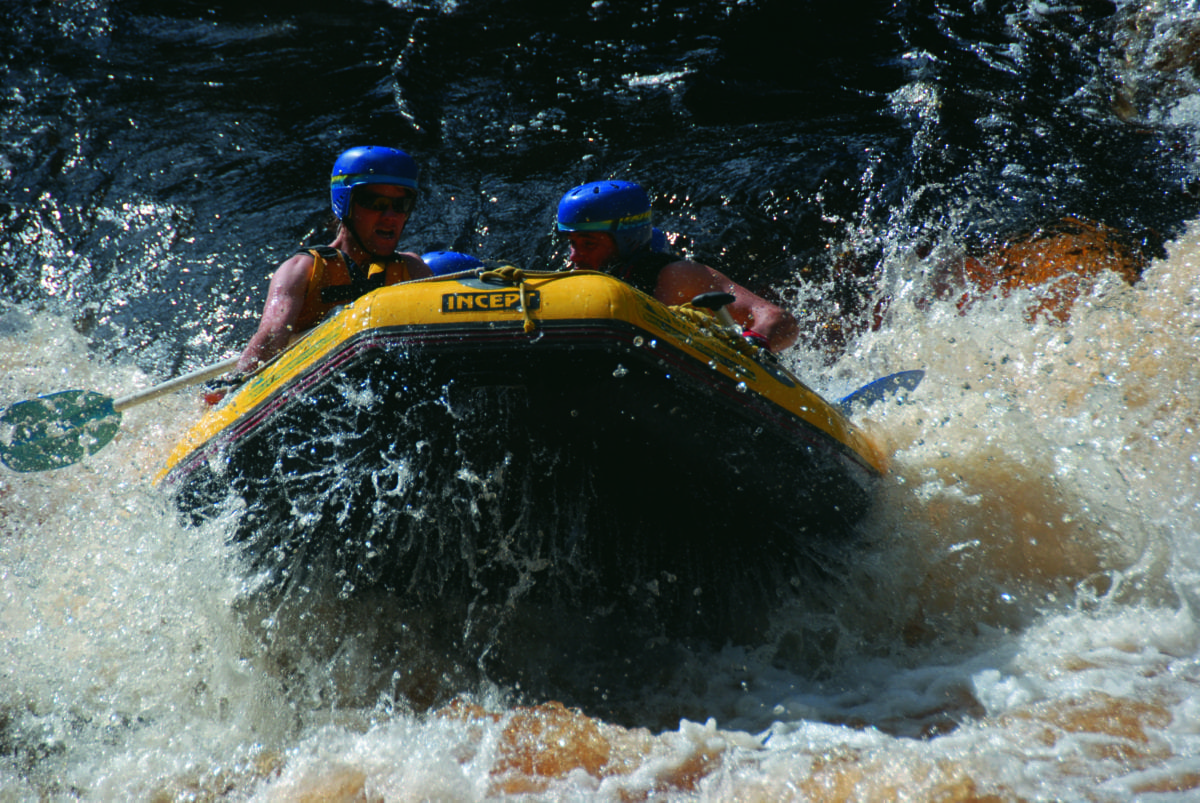 Geoff Law first rafted the Franklin River in 1981, after months of procrastination.

“The Franklin River was in the news. It was beautiful, wild and threatened and if you were young and adventurous in Australia in the early 1980s, you rafted the Franklin,” Geoff said.

“I was not confident about my abilities to steer a craft through the white water of big rapids, but hundreds of people, as inexperienced as I, were taking it on.

“When I took the plunge (literally) I discovered that my reservations about my rafting ability were entirely justified! My inflatable raft leaked; I had a companion almost as fearful and inept as I was; I wore cotton shorts and woollen jumpers and was usually freezing cold; I capsized several times.

“Nevertheless, I was amazed at the rugged beauty of the river, from huge canyons to the vivid green of the delicate ferns that clung to the boulders. The experience was given added poignancy by the fact that it could all have been submerged under the waters of several artificial impoundments if the dams went ahead.”

The nine-day Franklin River World Heritage Expedition with Geoff Law is priced from $2995 per person. It departs Launceston and includes all meals, wetsuit and paddling jacket, camping equipment and yacht transfer. 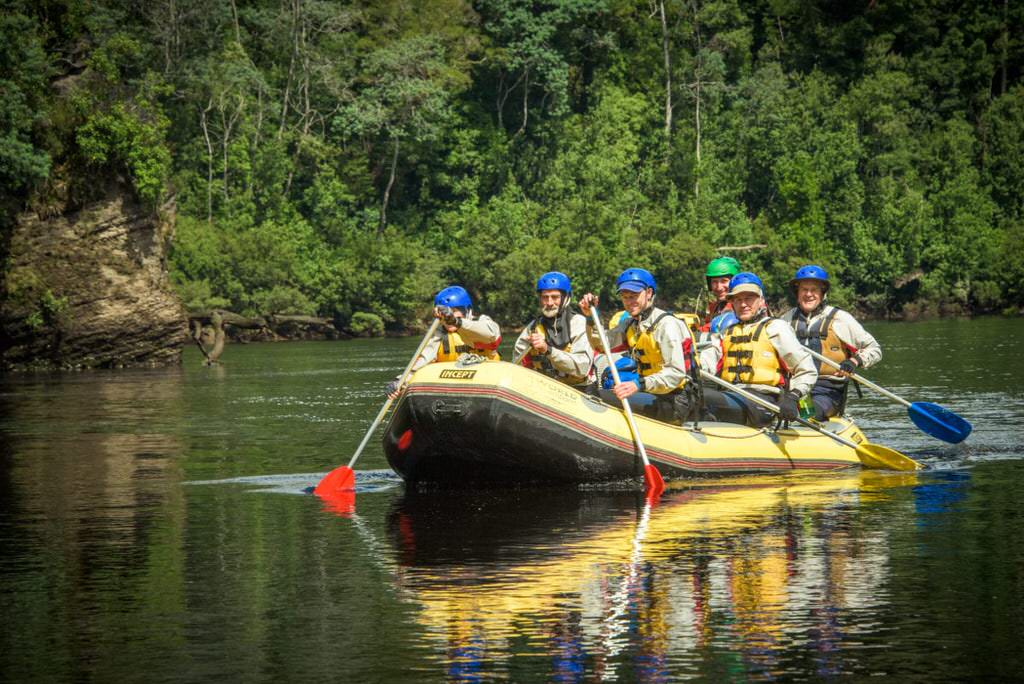